What are you running from?

I live in a shelter. But I’m beyond joyful, I just bought a new car, and I’m getting back on my feet. Last week I ran the Chupacabra 5k race with Tammy and her family. Finishing the race felt amazing, after running like a child through the woods in total darkness, with nothing but headlamps and fireflies lighting the way. It was an adventure.

When I first met Tammy, it was in a parking lot outside the homeless shelter. I was standing with several shady characters. Tammy turned and looked at me directly in the eye.
“You don’t belong here!” She said. And those words struck me like an arrow in the heart.

I had heard about Tammy from the homeless people on the street and in the shelter. They said she helped people get back on their feet, by coaching them to write, and heal their struggles.

Those words remained embedded in my heart.

At the time my friends weren’t really friends at all. But we tend to make compromises when we are in a time of desperation, and we settle for less than we should. How about you? Is it time to do a house cleaning? What are the things, people, or places in your life that you’re still allowing in, when they don’t belong there?

Tammy undoubtably saw what I had lost sight of in myself. At the time I was homeless, and running from years of drug use, in and out of difficult homeless situations for nearly 15 years. How did she see that there was more inside, without even knowing me?

My past was so devastating that any attempt at overcoming was only seen by a few close family and friends, but then dashed, as one blind attempt after another would lead to relapse. I knew in my heart that God did not choose this life for me. Encouragement was something that I needed and no longer had. Tammy also encouraged me to write.

So I began writing my first book, Overcoming Any Addiction. See, no matter who you are, whether you’re addicted to shopping, or eating, or drinking, or relationships, or whatever – addiction creates a stronghold. It covers things up. And you’re running from anything that’s hard to face. 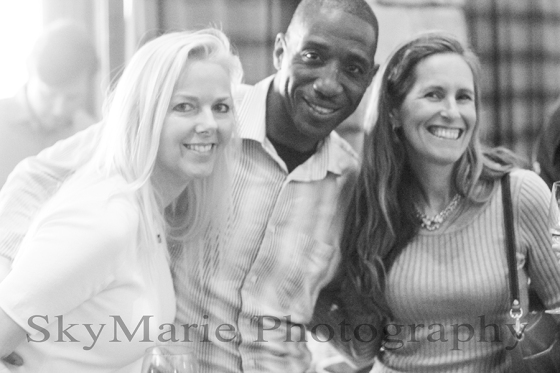 Tammy’s words “You don’t belong here” ….penetrated an invisible wall I had built as a defense against those who would judge me by my troublesome past. These words revealed themselves as confirmation from God, but from the mouth of saint.

Life changing words. Words can change lives. They save lives or destroy a life. That Sunday at the homeless shelter, during a time when I was hustling for food, and fighting frustration, someone stepped in. What are you running from?

Let Me Help You Tell Your Story